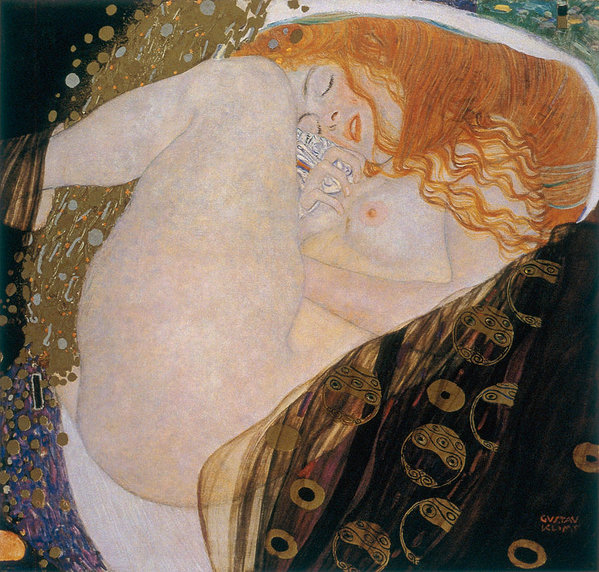 Gustav Klimt Danae
1907 Fine Art Painting
Danae is an oil painting by Gustav Klimt, created in 1907. An example of Symbolism, the canvas measures 77 x 83 cm, and is in the Galerie Worthle in Vienna. Danae was a popular subject in the early 1900s for many artists; she was used as the quintessential symbol of divine love, and transcendence.
While imprisoned by her father, King of Argos, in a tower of bronze, Danae was visited by Zeus, symbolized here as the golden rain flowing between her legs. It is apparent from the subject’s face that she is aroused by the golden stream.
In this work, she is curled in a royal purple veil which refers to her imperial lineage. Sometime after her celestial visitation she gave birth to a son, Perseus, who is cited later in Greek mythology for slaying the Gorgon Medusa and rescuing Andromeda.
Many early portrayals of Danae were erotic; other paintings completed in similar style are Klimt’s Medicine (1900-1907), and Water Snakes (1904-1907). 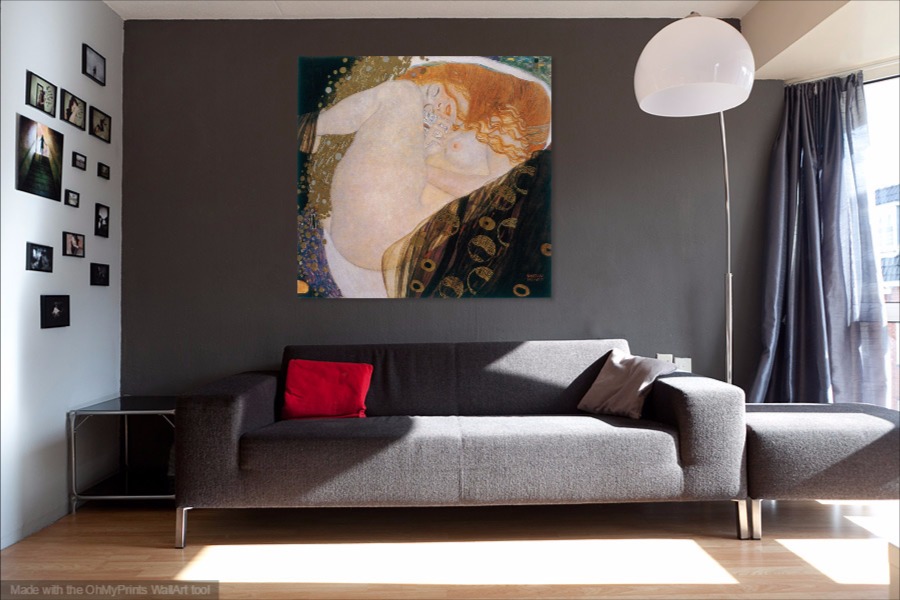 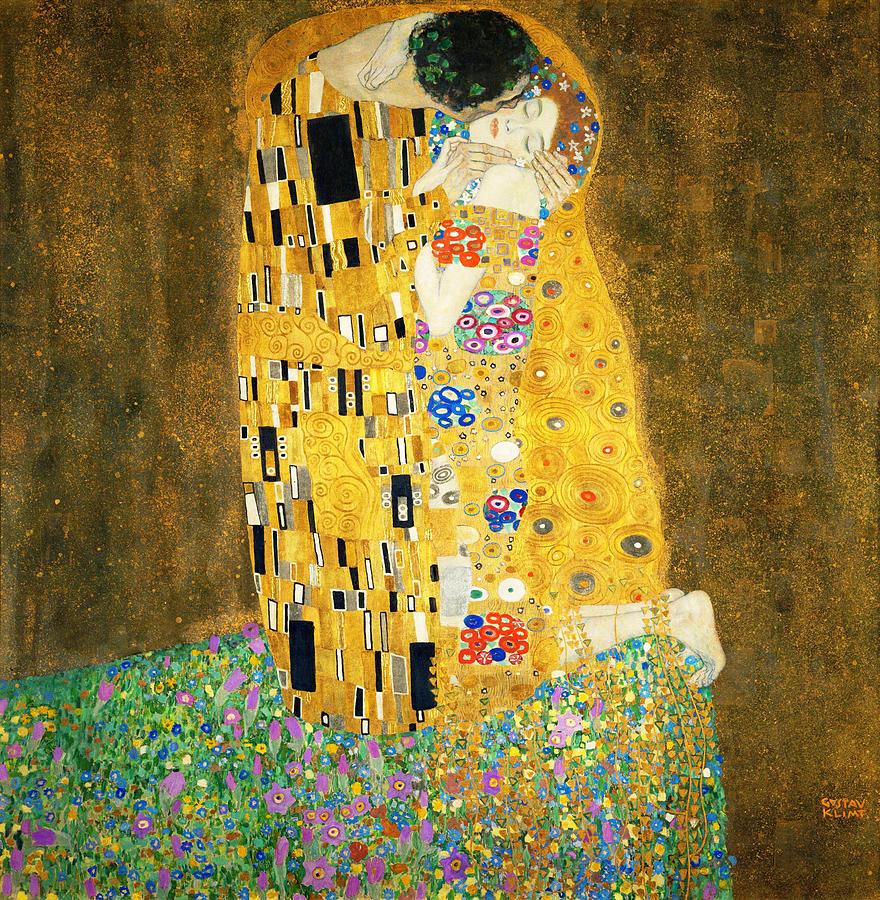 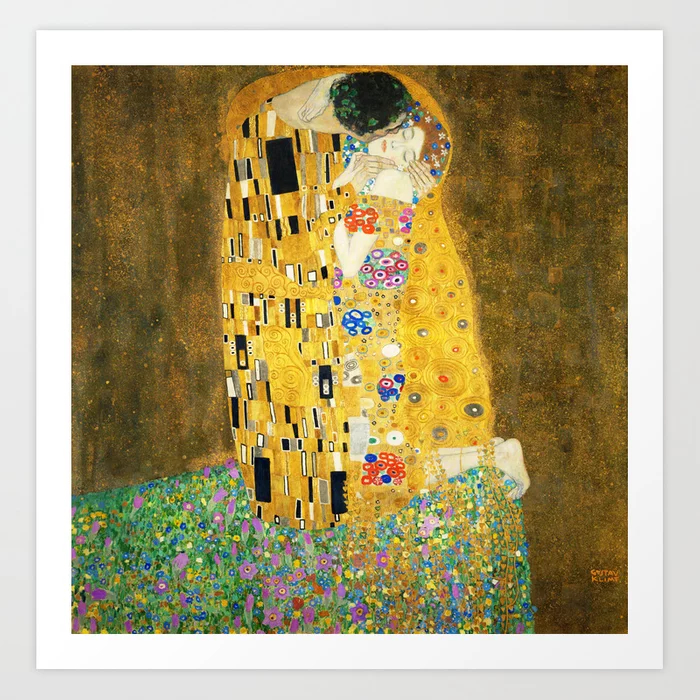