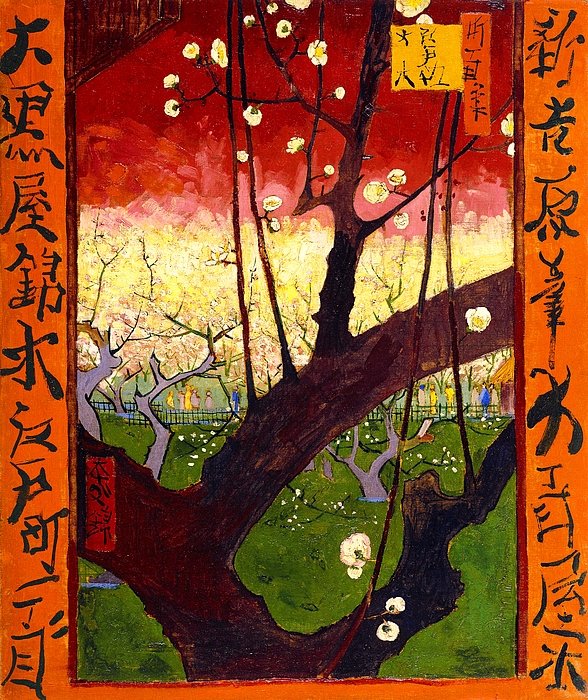 Vincent Van Gogh Flowering Plum Tree (after Hiroshige)
1887 Fine Art Painting
Japonaiserie (English: Japanesery) was the term the Dutch post-impressionist painter Vincent van Gogh used to express the influence of Japanese art.
Before 1854 trade with Japan was confined to a Dutch monopoly and Japanese goods imported into Europe were for the most part confined to porcelain and lacquer ware. The Convention of Kanagawa put an end to the 200 year old Japanese foreign policy of Seclusion and opened up trade between Japan and the West.
Artists such as Manet, Degas and Monet, followed by Van Gogh, began to collect the cheap colour wood-block prints called ukiyo-e prints. For a while Vincent and his brother Theo dealt in these prints and they eventually amassed hundreds of them (now housed in the Van Gogh Museum, Amsterdam).
Beautiful floral vintage fine art painting wall decor.