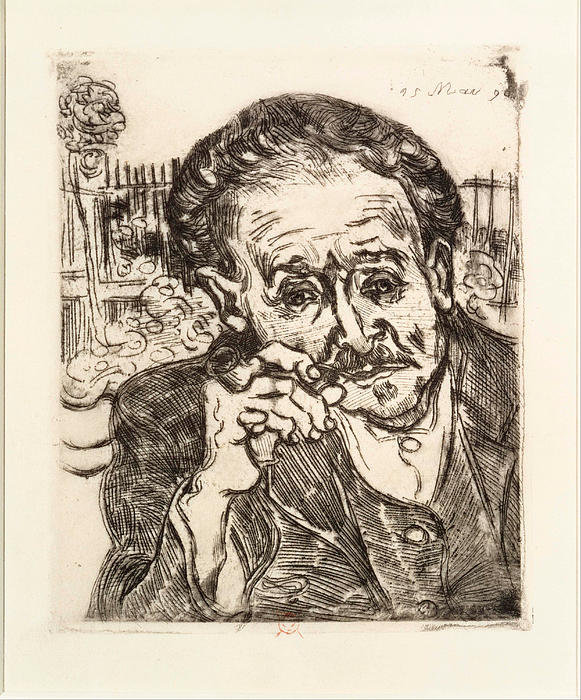 Vincent Van Gogh Portrait Of Dr. Gachet With Pipe
1890 work on paper
Van Gogh, introduced to etching by Gachet, made the etching Portrait of Doctor Gachet in 1890. Gachet and Van Gogh discussed creating a series of southern France themes but that never happened. This was the one and only etching, also known as L’homme la pipe (Man with a pipe), that Van Gogh ever made. Van Gogh’s brother, Theo, who received an impression of the etching, called it “a true painter’s etching. No refinement in the execution, but a drawing on metal.” It is a different pose than that in Van Gogh’s Portrait of Dr. Gachet, owned by Musee d’Orsay.